Film director Spike Lee says “the rise of right-wing movements and anti-immigrant sentiment is not just an American problem, this is happening world wide.” 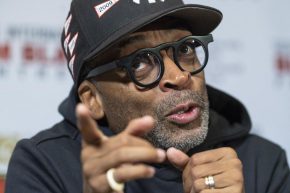 The 61 year old Academy Award nominated director made the comments at the Montreal International Black Film Festival, where he’s promoting his new film BlacKkKlansman, which stars John David Washington as Ron Stallworth, a real-life black police detective who infiltrated a Ku Klux Klan cell in Colorado in the 1970s.

Spike Lee says the inclusion of footage from last year’s white supremacist rally in Charlottesville, North Carolina, shows that the kind of racism depicted in the film is neither fictional nor in the past.