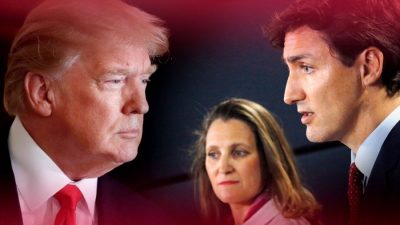 The Prime Minister’s Office is disputing a claim by U-S President Donald Trump that he rejected a request for a one-on-one NAFTA meeting with Justin Trudeau.

The comment came during a news conference at the end of the U-N General Assembly today – when Trump said he rejected the request – because Canada’s trade negotiators have refused to budge.

The P-M-O insists it did not request the meeting.

Trump also appeared to make a specific reference to Foreign Affairs Minister Chrystia Freeland, saying – quote “we don’t like their representative very much.”