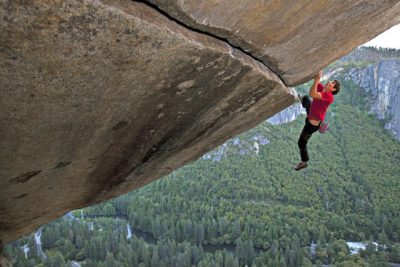 A new documentary chronicles rock climber Alex Honnold’s famous, “free solo” ascent of Yosemite’s El Capitan – a 3,000-foot wall of sheer granite – it also depicts what may be a greater challenge for the 33-year-old Honnold – moving out of his van and maintaining a long-term relationship.

The new film “Free Solo” chronicles the months of planning and anguish that went into Honnold’s four-hour climb – but it also shows him falling in love with Sanni McCandless – an amourous development that complicates his life – just as he’s taking his biggest risk.

National Geographic is releasing the film in theatres Friday.