In Memoriam of Former President and CEO for the MZ Radio Division, George Grant 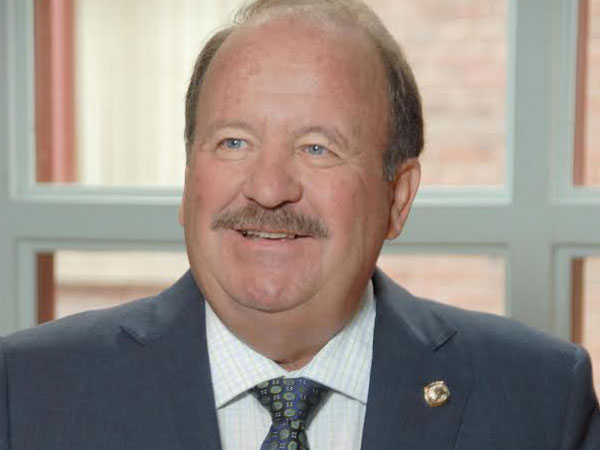 It is with great sadness that our family announces the passing of George at Toronto General Hospital due to complications from chemotherapy for the treatment of prostate cancer. He was much loved and will be missed greatly by his wife of 54 years, Nancy, his daughter Elizabeth, her husband Sean Schurr, their children Heidi and Simon, and Son William, his wife Su and their children Austin and Paisley. George was the eldest of six children born to William and Patricia (Trainor) Grant in Toronto and will be missed by his siblings Judy Williams, Peter, Joan Jankowski (Ed) and Nancy Everill (Peter); predeceased by Kathy. He will be fondly remembered by Nancy’s family and his many cousins, nieces and nephews.

George was an exceptionally caring man and his family loved him dearly. His grandchildren meant the world to him and they adored their GG. He was a wonderful father-in-law and embraced both his son and daughter-in-law as his own. George created a very tight knit family built around love and respect, and having fun together was his main objective. George was also a treasured friend to many; he built lasting friendships in Newfoundland, at Horseshoe Valley, on Cortleigh Blvd, at UCC, on Upper Captiva Island, in Nassau and on Windsong. He will be remembered for his brilliant mind, cunning sense of humour, and love of music.

George had a distinguished career in broadcasting for over 50 years; he was a legend in the industry and a mentor to many. He began as the Morning Man at CKAR in Huntsville in 1964 where he met his wife Nancy who was a teacher at the local high school. They were married in December of 1964 and moved to St John’s NL, where George took a position as evening DJ at VOCM radio and progressed to become the Morning Man and Programme Director. Upon their return to Toronto George joined CHFI in a sales role, was a helicopter traffic reporter, and quickly advanced to VP of Sales and General Manager. During that time, he produced “On the Slopes” a ski show that aired on CITY TV and a number of Ontario radio stations. In 1976, George purchased a pair of radio stations in Oshawa and renamed the AM CKAR – Motor City Music, and the FM CKQT – On the Quiet Side. After years of building the stations, he sold them in 1990 and took a sabbatical.

He became a founding partner for the Ottawa Senators in 1992 which acted as a springboard into sports ownership. He also invested in the Hamilton Tiger-Cats in 1993, as part of a Limited Partnership formed to rescue the team; he subsequently became co-owner of the Ticats from 1995-2003. He was awarded the CFL Turnaround Franchise of the Year Award in 1996 and received the Keys to the City of Hamilton in 2000. One of his proudest moments was becoming a Grey Cup champion in 1999.

In 2004, George returned to his broadcasting roots by orchestrating the purchase of Classical 96.3 on behalf of MZ Media. He held the position of President and CEO for the MZ Radio Division until 2013. Most recently he had been involved in setting up new Indigenous radio stations in Ottawa and Toronto to be on the air shortly.

Along the way, George celebrated many accomplishments: a Queen’s Jubilee medal; a Paul Harris Fellow; a Commissioned Reserve Officer in the Military. He sat on the Boards of Brock University, Zoomer Media, Quetzal Energy, Adriac Resources, Creative Wealth Media, and OSRA. He also acted as Chair of The Vanier Cup, Theatre Plus, Parent Fundraising at UCC, and Co-Chair of the Brock University Capital Campaign. He was a Football coach at UCC, a member of the U of T Faculty Club and a member of the RCYC for over 50 years.

Donations may be made in George’s memory to the George and Nancy Grant Fund for Excellence in Men’s Health at UHN: tgwhf.ca/personal-pages/george-harold-grant or call 416-603-5300.

A Celebration of Life will be held in George’s honour on October 16th at 4pm at the RCYC, 141 St. George St.