BROADWAY LIGHTS TO DIM FOR MAZZIE 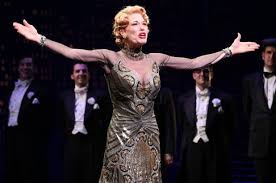 Mazzie earned Tony nominations for her turns in “Passion,” “Ragtime” and “Kiss Me, Kate.”

Her list of Broadway credits also includes, “Spamalot,” “Man of La Mancha,” “Bullets Over Broadway” and “The King and I” which marked her final Broadway credit.