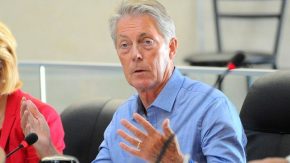 Hamilton Mayor Fred Eisenberger is among the group and says the federal government now has the chance to pick it up, fulfill the three year mandate and get the value of the research being conducted by more than forty experts at St. Michael’s Hospital and McMaster University.

The project is now coming to an end a year earlier than scheduled on March 31st. Until then, the pilot is providing 4000 residents in Hamilton-Brantford, Thunder Bay and Lindsay with a steady income of just under $17,000 and up to just over $24,000 for couples, while researchers look at how it affects their lives.

There has been no indication from the federal government that Ottawa could take over the project, but the mayors note that the feds have been interested in seeing how the participants fare.

Ontario’s Social Services Minister Lisa MacLeod has said a research project that helps 4000 people is not the answer and provides no hope to the nearly two-million Ontarians trapped in the cycle of poverty. She says her ministry is conducting a review of how to improve the system.