Concern is mounting in Toronto for a storied pianist who has played with the likes of Ronnie Hawkins and Robbie Robertson and who hasn’t been seen or heard from in weeks. 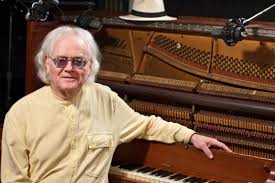 Scott Cushnie is better known to Toronto audiences as Professor Piano.  The 80-year old was reported missing August 29th, but hasn’t been seen since August 7th.

Cushnie played in the “Rockin’ Deltoids featuring Professor Piano” from 1979 into the 90s which eventually morphed into the swing jump band the Canadian Aces (with the Honolulu Heart Breakers).

He’s described as six feet tall, with short, grey hair and a medium build.  He’s legally blind and wears dark glasses and was last seen not far from his home in the King Street East – River Street area of Toronto.