The Tony award winning British Actress, who played one of the giddy Pigeon sisters in the stage, film and television versions of Neil Simon’s The Odd Couple, has died from cancer. 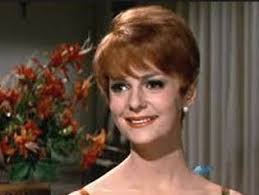 The London native made her Broadway debut in The Odd Couple in 1965.

She also appeared on on television in “The Avengers,” “The Cosby Show” and “Frasier.”

Shelley was last seen on Broadway in “A Gentleman’s Guide to Love and Murder” in 2013.