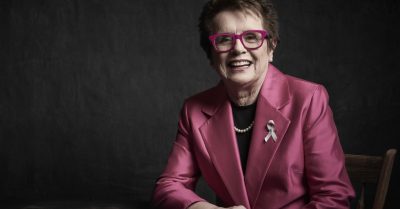 A photo exhibit dedicated to tennis icon Billie Jean King and her 75th birthday – will open in New York this fall.

The New York Historical Society says “Billie Jean King; The Road to 75” will run from October 19th through January 27th, 2019.

The exhibit will feature photographs from her storied life and career as player and activist – from her “Battle of the Sexes” match against Bobby Riggs in 1973 – to her efforts to gain equal prize money for female tennis players.

King donated her archive to the historical society in 2016.

King has won 39 Grand Slam titles – and received a U.S. Presidential Medal of Freedom in 2009.