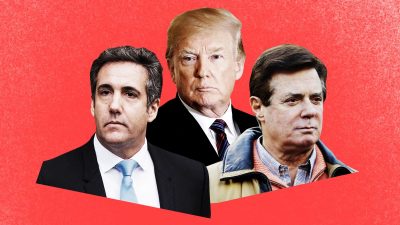 Cohen told the court he made the payments in co-ordination with Trump – who wasn’t named – to influence the American presidential election – which Trump ultimately won.

Meanwhile– After four days of deliberation, a jury found Paul Manafort guilty on eight financial crime charges – but the jurors were unable to reach a unanimous verdict on the remaining 10 counts.

A lawyer for Manafort – the former Trump campaign chairman – says his client is disappointed in his conviction and is evaluating all his options.

Prosecutors spent more than two weeks presenting their case – as they sought to prove Manafort concealed millions of dollars in offshore accounts from the I-R-S.