The actress and singer, who played Marlon Brando’s wife in the first two Godfather films has died at the age of 87. 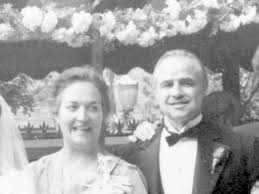 King was born in New York to Italian parents and began performing in clubs while still a teen.

She went on to perform in Las Vegas and on television and 1964 her hit single “A Taste of Honey,” marked the commercial peak of her five decade, 20-album career.