HOLOCAUST SURVIVOR AND EDUCATOR DIES AT 96

A Holocaust survivor, who spent the last 30-years speaking to young people about his experiences in Nazi death camps during world War II has died in Halifax. 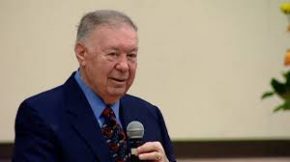 Philip Riteman was born in Poland and as a teenager was sent to Auschwitz and tattooed as number 98706 and told audiences that 20,000 to 30,000 Jews were murdered in the gas chambers there every day.

After the war, Riteman made his way to surviving relatives in Newfoundland and built an import trading company.

In 1988 that he started speaking about his experience in the concentration camps, to counter claims that what the Nazis had done was exaggerated.