Zoomer acting legend Kathleen Turner is dishing out Hollywood dirt on everything from rage and sexism to the way Donald Trump shakes hands. 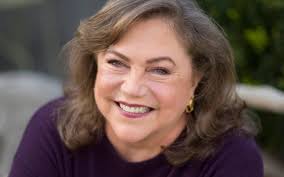 The 64-year old found fame in 1980s in moves like “Body Heat” and “Romancing the Stone,” and is best remembered as the smokey voiced Jessica in “Who Framed Roger Rabbit.”

She says in Hollywood she was a “sexual target” and a “trophy” in a town ruled by the unspoken assumption that women were property to be claimed.

As for Trump’s handshake;  Turner says he goes to shake your hand and with his index finger he rubs the inside of your wrist like he’s trying to do some kind of seductive intimacy move.

She says you pull your hand away and go “yuck.”