CHEF OF THE CENTURY DEAD AT 73

The French celebrity chef known for creating the world’s best mashed potato and hurling a plate at a young and difficult Gordon Ramsay has died of cancer at the age of 73. 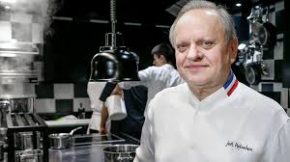 Joël Robuchon earned more than 30 Michelin stars during a decades-long career that saw him open restaurants across the world.

Robuchon made his name in the early 1980s after opening his restaurant “Jamin” at the age of 36. Within a year it had won a Michelin star. Over his career, Robuchon would amass 31 such stars, the most of any chef ever, and in 1989 was named “Chef of the Century” by Michelin’s rival restaurant guide.

Ramsay tweeted “We’ve Lost The God Father of Michelin, the most decorated Chef in the World, he kept all of us on our toes, even when we were sleeping.”