FORD TORIES TO TAKE A NEW APPROACH TO POT SALES

The Ford Tories are apparently going to chart a different course from the Wynne Liberals when it comes to selling recreational pot in Ontario come October. 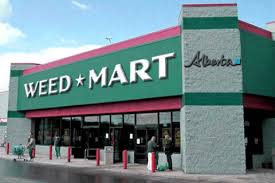 A government source says Finance Minister Vic Fedeli and Attorney General Caroline Mulroney are expected to make an announcement as early as next week to outline a plan to let the private sector own and operate cannabis shops. But the government will continue to control the distribution of the product to the stores and manage online sales.

The new system is said to mirror the Alberta model, which will allow privately run cannabis stores to sell marijuana with licenses granted by the provincial liquor commission.

The previous Wynne Government planned to give the Liquor Control Board a monopoly on the sale of recreational cannabis with 40 stores slated to open this year.