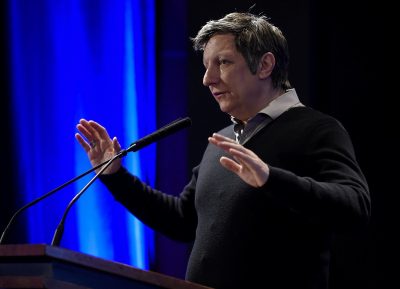 Lepage says planned presentations in Paris will be cancelled – due to a lack of financial support.

The impresario and Paris theatre director Ariane Mnouchkine met for nearly six hours last week with more than 30 members of the Indigenous community – who had previously signed an open letter in the Quebec newspaper Le Devoir – denouncing the production – which was slated to be performed in December in Paris – by French acting troupe Theatre du Soleil.

The show claims to explore Canada’s history “through the lens of the relationship between white and Aboriginal Peoples,” but it didn’t include any Indigenous actors.

In the statement, the renowned Quebec impresario says a broader, calmer discussion needs to be had – on cultural appropriation and the right to free artistic expression.