The Doug Ford Progressive Conservatives are looking at whether they will put an end to the province’s safe injection and overdose prevention sites.

During the spring election campaign before he was elected premier, Ford said he was opposed to the two programs. But Health Minister Christine Elliot now says the government is reviewing evidence to determine if the sites have merit and are worth continuing.

Overdose prevention sites are approved by the province and are temporary facilities set up to address an immediate need in a community. 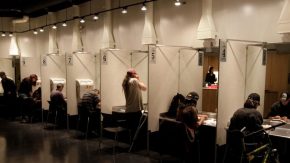 Advocates of the sites say shutting them down would be a major step back in fighting the opioid crisis that health experts say claimed nearly 4000 lives across Canada last year.