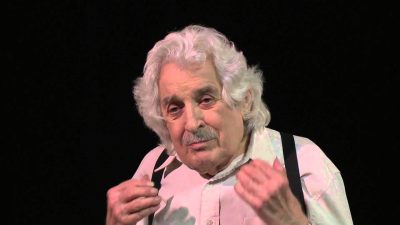 A great Canadian filmmaker has died.

Montreal’s Harry Gulkin – who was probably best known for the 1975 movie, “Lies My Father Told Me,” is being remembered as a passionate defender of the film industry – a theatre producer and arts director.

Gulkin died Monday of pneumonia at the age of 90.

“Lies My Father Told Me,” follows a young boy’s close friendship with his Jewish grandfather in the 1920s.

The film was nominated for an Academy Award for best screenplay (adapted from the story by Ted Allen) and it won a Golden Globe Award for Best Foreign Language Film in 1975.

Harry Gulkin also received a special Genie award from the Academy of Canadian Cinema and Television in 2008.