The first columnist and author to win a Pulitzer Prize for criticism has died at the age of 57. 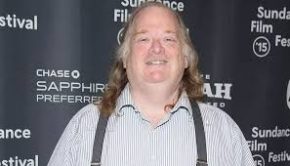 Jonathan Gold, a revered food critic in Los Angeles, died over the weekend, just a month after being diagnosed with pancreatic cancer.

His reviews first appeared in L.A. Weekly and later in The Times and Gourmet. He was awarded the Pulitzer Prize in 2007 and was a finalist again in 2011.  Gold also won numerous James Beard Foundation journalism awards and this past May received the Craig Claiborne Distinguished Restaurant Review Award.

His reviews were compiled into a book titled, “Counter Intelligence: Where to Eat in the Real Los Angeles.”