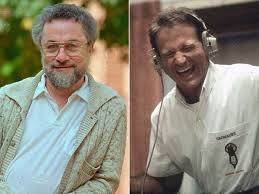 During his service in Vietnam in 1965 and 1966, Sgt. Adrian Cronauer opened his radio show with the phrase that Williams made famous in movie and says he loved much of the film even much of it was Hollywood make-believe.