ANOTHER ACCOLADE FOR MARGARET ATWOOD

Can-Lit legend Margaret Atwood has earned another accolade. She’s been named the 2018 laureate of “the Adrienne Clarkson Prize for Global Citizenship.” 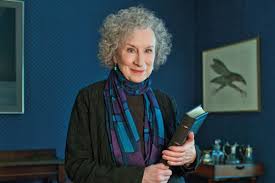 The prize is named for the former governor general and is awarded annually to an individual who has demonstrated “commitment to the principles of inclusion and belonging.”

Atwood’s numerous honours include the Peace Prize of the German Book Trade, “The Franz Kafka Prize,” as well as PEN Center USA’s Lifetime Achievement Award in 2017.

The 78-year-old Toronto based author has written more than 50 books; two of which were recently brought to the small screen with serialized adaptations of “The Handmaid’s Tale” and “Alias Grace.”