The son of former Toronto mayor Mel Lastman is said to be considering a run for the city’s highest office this fall. 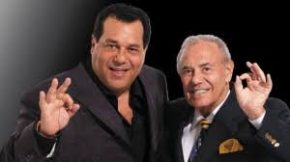 Blayne Lastman is a Toronto-born businessman who is best known for helping expand his family’s Bad Boy furniture franchise.

Mel Lastman served as mayor of the former City of North York for 25 years before being elected the first mayor of the amalgamated City of Toronto in 1998.  He says he was taken by surpirse when Blayne told him he was considering the leap into municipal politics.

If he does jump into the race, Blayne Lastman will have plenty of competition. So far there are 19 people registered to run for mayor. The most recognizable name on the list is John Tory, the man who currently holds the office.

Toronto residents go to the municipal polls on Oct. 22.