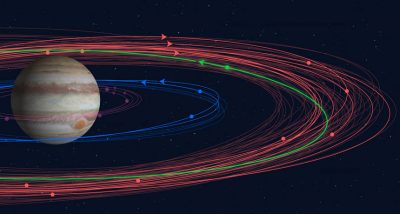 Our solar system’s biggest planet has some very small moons.

A team of astronomers has reported the discovery of a dozen new moons circling Jupiter.

That brings the number of moons in orbit around Jupiter to 79, the most of any planet.

The ringed-planet Saturn is next with 61.

The scientists say the moons weren’t observed before because they are quite tiny – for moons – and the biggest ones only about three kilometres across.