Peter Carrington, a long-serving British politician who was the last survivor of Prime Minister Winston Churchill’s government, has died. He was 99. 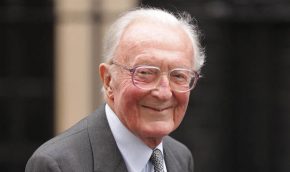 Cabinet office Minister David Lidington tweeted Tuesday that he was “sorry to learn of the death of my constituent Lord Carrington.” The House of Lords website says he died Monday.

A hereditary peer, Carrington served as an agriculture minister in Churchill’s post-World War II government. He went on told hold several of the top jobs in British government, including defence secretary and foreign secretary.

In 1982, he resigned as foreign secretary in Prime Minister Margaret Thatcher’s government after Argentina invaded and occupied the Falkland Islands. Britain won the islands back after a brief war.