The Jazz world is mourning the passing of pianist-singer Henry Butler, who although blind, was said to be able to produce more sound and fervor than one might have believed possible from a single musician. 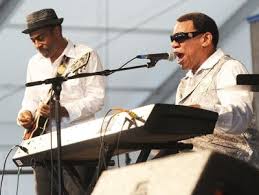 Butler has passed away from colon cancer.

He was born in New Orleans in 1948. He’d been blind since suffering glaucoma as a child. His first taste of music came at age four when he heard piano’s being played in neighbours’ houses.

He recorded 11 albums that channeled the influences of everyone from Schubert to Caribbean music.