The comic artist who gave us some of our most beloved super heroes has died. 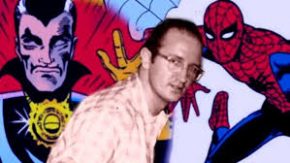 Among others, Stephen Ditko was the co-creator of the Marvel Comics’ super hero Spider-Man.

Ditko worked alongside the then-future Marvel Comics CEO Stan Lee in the early 1960s.  It was Ditko who came up with Spider-Man’s iconic red and blue suit, complete with web-shooters.

Ditko left Marvel in 1966 after reportedly having a disagreement with Lee and then went on to create characters for other publishers including Question, Blue Beetle, Hawk and Dove.