Man Booker says the greatest ever winner over the past 50-years was written by Canada’s Michael Ondaatje. 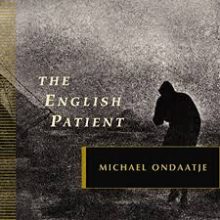 “The English Patient” won the Man Booker in 1992 and was made into a 1996 movie starring Ralph Fiennes and Juliette Binoche and won nine Academy Awards.

The book beat four other novels in an online poll that drew 9,000 votes in all.