ANOTHER ALLEGED WEINSTEIN VICTIM IS WILLING TO TESTIFY 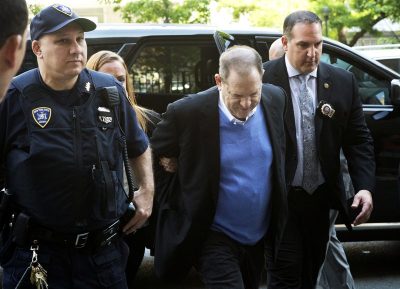 A lawyer representing the third alleged sex crime victim in the prosecution against Harvey Weinstein – says her client will testify – if the case goes to trial.

Gloria Allred says she doubts Weinstein’s lawyer would allow his client to do the same – because it would subject him to cross-examination by prosecutors.

Weinstein maintains all the allegations are false and he will be vindicated.

The 66-year-old pleaded not guilty after he was brought into the courtroom while handcuffed from behind, then uncuffed for the proceeding.

The next hearing for Weinstein is scheduled for September 20th.

Weinstein has been ordered released on continued bail – while he’s fighting the sex charges.