This may not come as a surprise, given Toronto’s significant immigrant population. 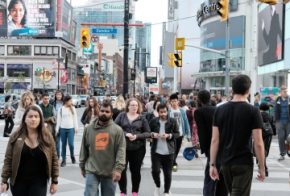 A new study says one in twenty Torontonians cannot speak English or French. And researchers say this language barrier has greatly impeded their ability to find a job, be active in the community and enjoy a decent life.

According to the Social Planning Toronto report, just under 132,700 Toronto residents are unable to have a conversation in either official language. But this number according to 2016 census data is actually down by some 10,000 people from 1996.

Chinese is the language spoken by more than 43 percent of city residents who do not speak English or French. This is followed by Portuguese, Italian, Spanish, Tamil, Vitenamese, Korean, Persian, Russian and Arabic.