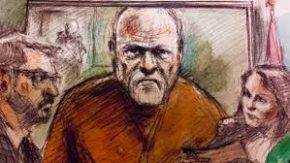 The “items of interest” have yet to be identified, but they’ve been sent to the coroner’s office for further investigation.

Police have already found the remains of seven men buried in planters at the property and have charged McArthur, a 66-year old Toronto landscaper, with the deaths of eight men who had ties to Toronto’s gay village.