What ever Ontarian’s had hoped to save when the Liberal’s capped resale ticket prices in the province at 50% above face value, they can now forget. 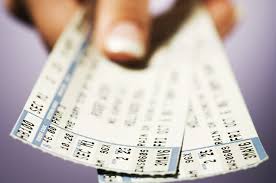 Newly installed Premier Doug Ford has suspended a key provision in the consumer protection law that was supposed to clamp down on skyrocketing ticket scalper prices.

The law was to have come into effect on Canada Day but the Premier’s office now says there is now way to enforce that cap so implementation has been paused while they review it.

And with the price cap on hold, ticket prices continue to soar.

An analysis by the Toronto Star of 10 upcoming concerts shows 20% of tickets found on StubHub, TicketMaster and SeatGeek exceeded the 50% mark-up.

Tickets to an Elton John concert in Ottawa in September that cost $220 are up for resale for nearly $2,000. A ticket to a Taylor Swift concert that originally cost $325 are being offered for $66,000.