New research shows being a coffee drinker may lead to a longer life. 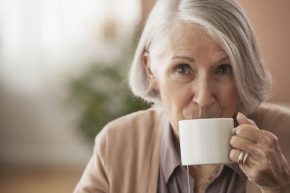 In a study of nearly 500,000 British adults, coffee drinkers had a slightly lower risk of early death over 10 years than people who don’t drink coffee.

Even those who drank at least eight cups daily appeared to have a longevity boost.

“These investigators looked at a very large sample size and what they concluded was actually that the coffee was associated with better health outcomes, that this benefit seemed to be independent of caffeine because it didn’t matter whether the people consumed caffeinated or decaffeinated coffee,” Lichtenstein explains.

She adds that while coffee itself seems to be good for ones health, adding a lot of cream or sugar to it will mostly likely negate the benefits.