David Mamet’s legendary play “Glengarry Glen Ross” is getting an overhaul as it prepares to return to Broadway. 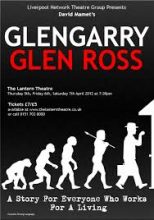 The play, about the seedy underbelly of Chicago real estate agents, is in development to hit the Great White Way with an all-female cast.