BUBLE GETS STAR IN HOLLYWOOD

Canada’s favourite crooner is getting his own star on the Hollywood Walk of Fame. 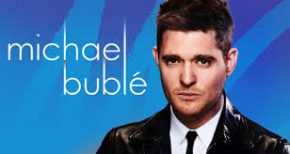 Burnaby B.C.’s Michael Buble is just one of the entertainers named by the Hollywood Chamber of Commerce for the honour and he is joining some heavy-weights in the process.

Others in the class of 2019 include actors Robert De Niro, Anne Hathaway and 007 portrayer Daniel Craig.