A Pulitzer Prize-winning columnist and pundit who helped shape and occasionally dissented from the conservative movement in the U-S and who evolved from a “Great Society” Democrat to an Iraq War cheerleader to a denouncer of Donald Trump has died at the age of 68. 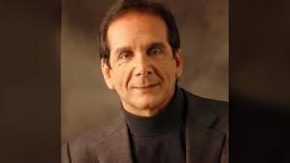 Charles Krauthammer admitted publicly a year ago he was being treated for cancer and earlier this month revealed he had just weeks to live.

Beginning in 1984, Krauthammer wrote a column for The Washington Post and that commentary earned him a Pulitzer Prize in 1987.

He was also an influential voice among Republicans, being credited with coining the term “The Reagan Doctrine” for Ronald Reagan’s policy while president of aiding anti-Communist movements worldwide.

The Washington Post published a full page dedicated to Krauthammer in today’s paper, featuring some of his work over the decades.