They died three days and one continent apart last week. But the suicides of Kate Spade and Anthony Bourdain have brought renewed attention to the problem of the increasing number of suicides among middle-aged Americans. 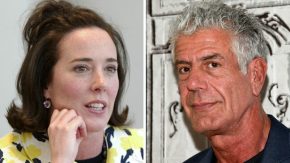 Internationally-renowned chef and storyteller Anthony Bourdain was 61 when he killed himself in France and fashion icon Kate Spade was 55 when she took her life in New York.

Their deaths come amid a new American report in the showing an increase in suicide rates in nearly every state since 1999.

The report from the U.S. Centers for Disease Control says middle-aged adults, ages 45 to 64, have the largest rate increase.