DECISION DAY IN ONTARIO COMES AFTER LENGTHY AND NASTY CAMPAIGN

It was one of the more interesting and at times nasty, Ontario election campaigns.

Today, Thursday June 7th, is voting day across the province. 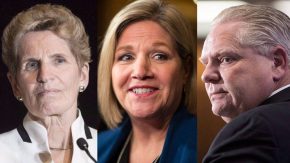 Both Progressive Conservative Leader Doug Ford and Liberal Leader Kathleen Wynne are planning to cast their ballots soon after the polls open at 9am. NDP leader Andrea Horwath voted in the advance polling, as part of the nearly 19 percent of eligible voters across the province who did the same.

Kathleen Wynne acknowledged this past Saturday she won’t be Ontario’s premier after today’s election, but the fate of her Liberal party now rests on how well her last minute plea for support has resonated with voters as they head to the polls.

While Wynne is appealing to voters to prevent a PC or NDP majority, Doug Ford is staying on message against the New Democrats.

And since she’s already voted, Andrea Horvath is planning several stops in Toronto and Hamilton today to thank her campaign volunteers.

At dissolution, there were 55 Liberals, 27 Progressive Conservatives, 18 New Democrats, three independents, and four vacant seats in the Ontario legislature.

Seventeen new ridings have been added for this election, bringing the number of seats to 124. 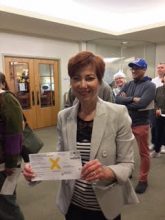 Listen for comprehensive election updates from our Libby Znaimer after the polls close tonight at 9 on Zoomer Radio and The New Classical FM.