West Jet Airlines and its pilots head back to the bargaining table in Halifax this week with the pilots making good on their promise not to strike over the long weekend. 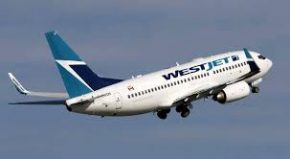 Neither side is indicating whether progress has been made toward a new contract but both say they’re confident an agreement can be reached .

While the West Jet labour situation sorts itself out, Air Canada is planning to make larger aircraft available on some flights in case of a West Jet strike.