COSBY ORDERED TO STAY AT HOME 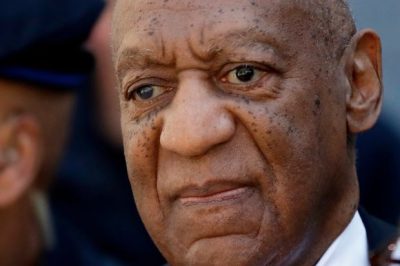 A judge is confining Bill Cosby to his suburban Philadelphia home – until the comedian is sentenced on sexual assault charges.

After Cosby was convicted of three counts of aggravated indecent assault The judge has suggested that Cosby would be allowed to move around Montgomery County – where his home is located.

The modified order says he can leave his house only to meet with his lawyers or to get medical treatment – but must get permission before doing so.

O’Neill said he issued Friday’s order to “clarify” the restrictions.

Cosby remains free on $1 million bail after his conviction – on charges that he drugged and molested a woman in 2004.   He maintains his innocence.