The New Orleans-born sax player who backed up B.B. King and later gained fame with the Neville Brothers has died at the age of 79. 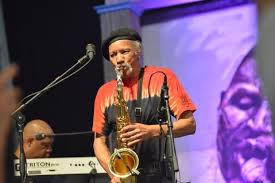 Charles Neville’s career dated back to the 50’s but he began winning Grammys when he teamed with brothers Cyril, Art and Aaron.

Charles Neville, who lived in Massachusetts in recent years, had announced in January that he was suffering from pancreatic cancer.

His death comes just a day before the opening of his home town’s signature musical and cultural event, the annual New Orleans Jazz & Heritage Festival.