PAINTING TUG OF WAR OVER

It appears the tug of war that started with the National Gallery’s plans to sell Marc Chagal’s “The Eiffel Tower” at auction, is over. In the end, the painting the gallery hoped to use the proceeds from the sale to acquire, is apparently staying in Quebec. 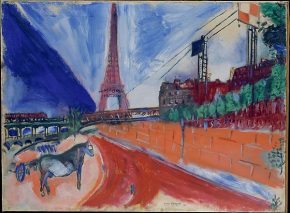 Quebec’s Culture Minister has issued a notice of intent to have “Saint Jerome Hears the Trumpet of the Last Judgment,” painted by French artist Jacques-Louis David in 1779, classified as a heritage document. 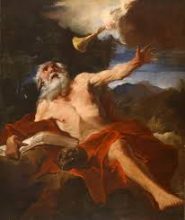 At the very least, that should make it difficult for the painting to leave Quebec for Ottawa.

The painting is owned by the Notre-Dame-de-Québec Parish Corporation which was looking to sell it for just over $6 million to raise funds for building maintenance.

The National gallery wasn’t interested in an ownership partnership which would have resulted in sharing the David painting and set out to acquire it.  But, given the heritage designation, the National Gallery says it will halt its acquisition effort.

It’s the only painting by David preserved in Quebec and one of just two in Canada.