MOST EXPENSIVE PLAY EVER OPENS ON BROADWAY 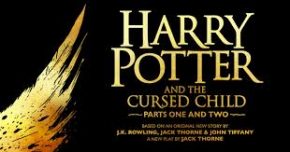 “Harry Potter and the Cursed Child,” which is at New York’s Lyric Theatre, has so far cost an estimated $69-million.

The Ambassador Theater Group spent nearly $23-million to make Cirque du Soleil end its run of show at the Lyric in order to create a space for Potter.

While it is not unusual for major musicals to cost upwards of $20-million, most plays that open on Broadway have a much smaller budget often under $5-million.

“The Cursed Child” has been in previews for the past few weeks.. In the first week of April it took in $2.1 million at the box office, the highest single-week takings for any Broadway play.