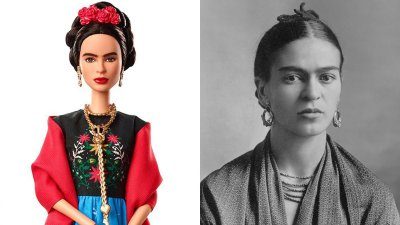 Distant relatives of the late Mexican artist Frida Kahlo have won a temporary injunction –  that halts sales of a Frida Barbie doll.

Kahlo’s great-niece Mara de Anda Romeo – argued in Mexican court that Mattel doesn’t have the rights to use Kahlo’s – image as part of its Inspiring Women series.

A copy of a ruling posted Thursday – states the toymaker and department stores in Mexico – must stop commercializing the doll – until the issue is resolved.

Mattel has said it worked with the Panama-based Frida Kahlo Corporation – which it claims has rights to the artist’s image.