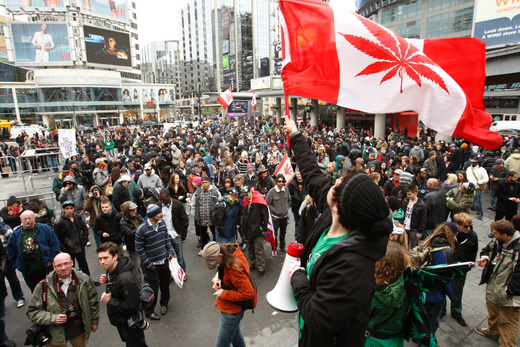 Heady clouds of sweet marijuana smoke are expected to settle over a lot of places in Canada today including Toronto as proponents of pot celebrate 4 20.

Since the annual smoke out has grown too big for Yonge-Dundas Square, activists will light up at Nathan Phillips Square today despite twice being refused a permit.

Advocates say that even though this will likely be the last pro-pot event before it becomes legal this summer, there’s still a lot to fight for.  Lisa Campbell, with the Ontario Cannabis Consumer and Retail Alliance, says they need regulations covering cannabis lounges, consumption spaces and special events permits.

4 20 traces its origin to Marin County, California. In 1971, high school students there began meeting at 4:20 each afternoon to toke up because extracurricular activities had usually ended by then. Those numbers eventually became associated with April 20th.