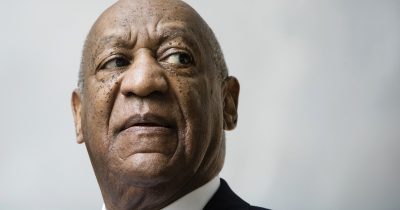 Bill Cosby’s lawyers have lost another bid to shorten his sex assault retrial.

Judge Steven O’Neill has rejected a defence motion that he acquit Cosby – and send jurors home.  The defence asked the judge to clear the 80-year-old comedian – after prosecutors rested their case this afternoon.

Cosby’s lawyers say prosecutors haven’t proved charges – that he drugged and molested a woman at his suburban Philadelphia mansion – more than a dozen years ago. Cosby has said his sexual encounter with the woman was consensual.

The defence also says there’s no evidence to prove the alleged assault happened within the 12-year statute of limitations.

Prosecutors say the accuser and Cosby have both said the encounter was in 2004 – and they point out that Cosby was arrested in 2015 – just before the deadline to charge him.