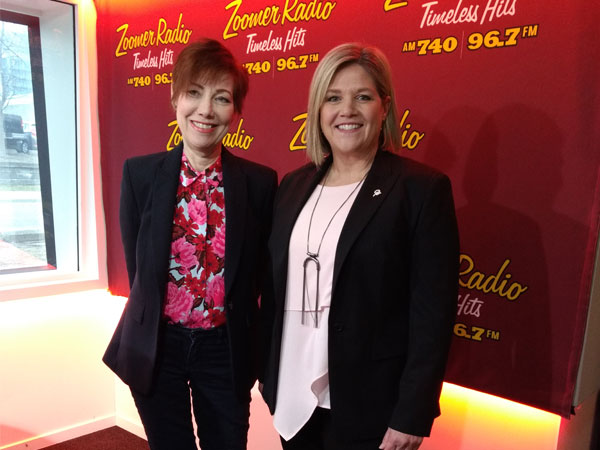 Ontario’s NDP leader has revealed some of her platform while visiting Zoomer Radio’s Fight Back with Libby Znaimer.

Andrea Horwath says universal pharmacare should not be just for people 24 and under and 65 and older.

“We need to make sure that nobody walks out of a doctor’s office with a prescription only to shove it into the bottom of their purse or into their pocket knowing that they’re not going to be able to get the drugs that they need to get better or to stay well. That shouldn’t be happening to anybody regardless of their age, so we do have a plan to make sure that everyone has access to prescription drugs,” Horwath explained.

Horvath also explained the NDP’s dental care plan will mean everyone in the province has access to dental care.

“4.5 million people that don’t have dental benefits in our province, one third of working people don’t, and what we’re going to do is make sure the employers who are unable at this point to provide dental benefits for their workers will be able to do so through a very cost effective Ontario Benefits Plan,” Horwath continued.

As for whether Horwath would run a deficit under the New Democrats, “the answer is yes, but we take a different approach as to how we would mitigate the size of the deficit and it would not be as big as what we’ve seen so far (under the Liberals).”

This preview of Horwath’s platform comes ahead of the official release. PC Leader Doug Ford has yet to announce his platform, while the governing Liberals under Premier Kathleen Wynne have outlined their full plan in the recent budget.

The provincial election is June 7th.