In celebration of the film’s 50th anniversary, an unrestored 70-milimetre print of Stanley Kubrick’s masterpiece 2001; A Space Odyssey will soon be in some theatres. 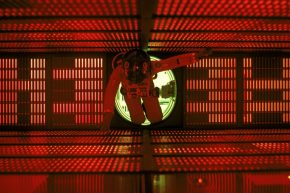 Warner Brothers Pictures says the cut will premiere at the Cannes Film Festival on May 12th before launching in select theatres on May 18th.

Filmmaker Christopher Nolan will introduce the film at the Cannes premiere, where members of Kubrick’s family will also be in attendance.