Tony award winning actor Sammy Williams has died of cancer at the age of 69. 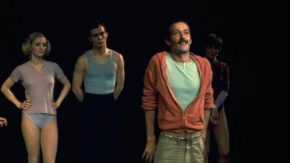 Williams won the Best Featured Actor Tony for a Musical playing Paul San Marco in “A Chorus Line” in 1976.

The pioneering Marvin Hamlisch musical told the inner lives of actors auditioning for a big show.

Williams also appeared on Broadway in “Applause” and “The Happy Time.”