VOTING IS UNDERWAY FOR ONTARIO'S NEXT PC LEADER

Online voting begins gets underway today, Friday March 2nd, for the next Ontario Progressive Conservative leader. And of the four candidates, one will be chosen to run against Premier Kathleen Wynne and NDP Leader Andrea Horwath in the spring provincial election. 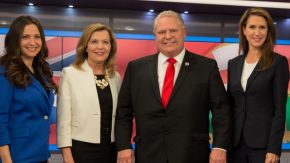 There have been complaints that older PC Party members may not have access to computers or may be having trouble figuring out how to vote online.

Tories who wish to cast a vote originally had until Friday to register, but the deadline has been extended to end of day Monday March 5th.

Voting continues until Thursday, with results announced at a Markham convention on Saturday March 10th.