Four Canadian music events are joining an international pledge to fight inequality in the industry by vowing to have gender parity across their lineups by 2022. 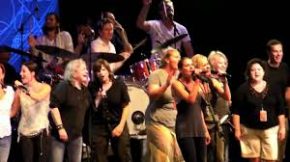 Toronto’s North by Northeast and Canadian Music Week, along with Montreal’s electronic music festival Mutek and the western Canadian-based conference Break Out West are among 45 global events agreeing to take part in the initiative.

The move is being led by United Kingdom talent firm PRS Foundation, which created a program called “Keychange” in the hopes of “empowering women to transform the future of the music industry.”

Gender imbalance has long been a conversation in the music industry with pressure ramping up recently on both the Grammy and Juno Awards for a lack of female representation among the nominees.

Other international festivals and conferences among the participants for gender balance include Iceland Airwaves, NYC Winter Jazzfest, Liverpool Sound City and the Manchester Jazz Festival.